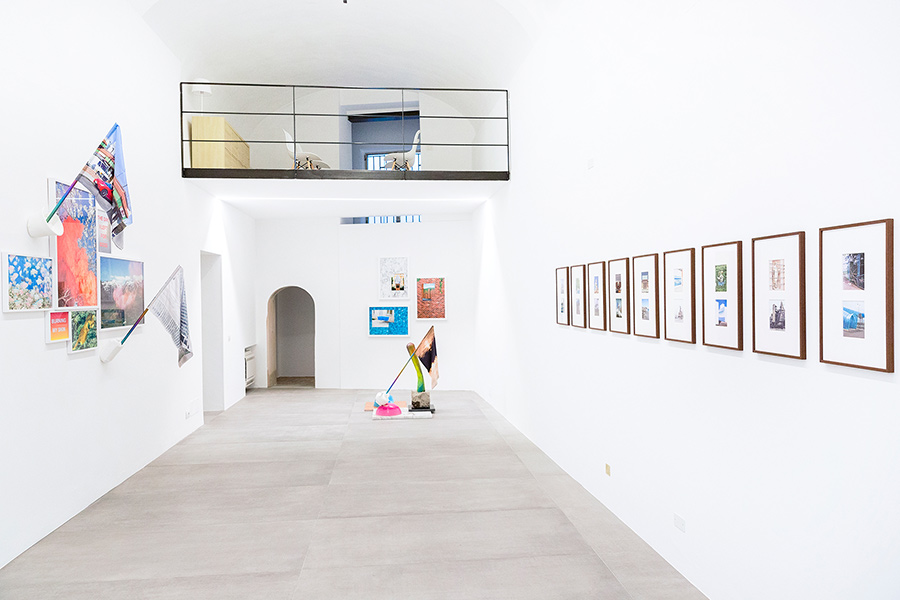 Paysage is the result of fifteen years of observation of the contemporary landscape, both natural and digital, and is a path marked by installations, sculptures, photographs, 3d-scans and 3d-prints, resulting of journeys and art residencies in places apparently unrelated to each other : Russia, Florida, Mauritania, India, California, Bhutan, South Korea, Mali, China, Paraguay, Mongolia, Cambodia and the European Union. The leitmotif is Minelli’s interest in borders, geographic or ideological, for the political and aesthetic aspects of public space, for the landscape and its representation, often distorted by political propaganda and commercial communication.

The exhibition investigates, in fact, the changes in the international landscape after decades of globalisation, reflecting on the aesthetics that unites the most disparate corners of the planet and reasoning on the concept of identity and belonging. Paysage tells the story of Minelli’s generation, grown up between the suburbs, also intended as an existential state, and the exotic aspects of global communication after of the Internet. Starting from what the geographer Francesco Munoz calls ‘urbanalisation’, or the flattening of local specificities in favour of a new trans-national aesthetic, the artist builds his personal expressive code characterised by the schizophrenic encounter of languages.